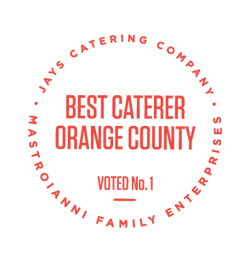 Kenzie + Andy, The Estate on Second

If Kenzie’s first look with her father wasn’t enough for you, her first look with Andy was pure magic. As sun soaked the Attic at The Estate on Second, Kenzie turned around her groom, Andy, and expressions of happiness and love immediately crossed their faces. Kenzie wore a beautiful strapless wedding dress with lace and tulle details while Andy wore a classic suit with burgundy tie. The bride and groom embraced in excitement, then met their bridesmaids and groomsmen outside on the Terrace for group shots. Each groomsman wore a black suit with mauve tie and the bridesmaids wore different shades of pink. Each bouquet held was filled with roses, anemones, eucalyptus and more burgundy and light pink flowers. The same flowers also decorated the Crystal Ballroom where guests were taking their seats for the wedding ceremony. Each bridesmaid and groomsman walked arm in arm down the aisle followed by Kenzie who shared another tender moment with her father as he handed her off to her future husband for their vows. Laughs and sweet memories were made before being pronounced husband and wife and sealing the deal with a kiss.

Guests found their way up to the Attic for cocktail hour where Lemon Parmesan Artichoke Hearts, Fig, Goat Cheese & Mascarpone Tarts, and Chicken Jalapeno Empanadas were being tray passed while drinks were being poured at the bar. The newlywed’s signature drinks were a Raspberry Lemon Drop and Silent Third cocktail. Everyone went back downstairs and found their seat for the reception. Guests cheered as the wedding party made their grand entrances. Toasts were made in honor of the newlyweds, then dinner was served. Pear & Walnut Salad, Zucchini Lime Chicken, 16 Hour Smoked Beef Brisket, Vegetarian Rotolo Bolzano, Parsley Buttered Potatoes and Fresh Vegetable Medley filled everyone’s plates. After dinner, the traditional bouquet and garter toss happened along with the cake cutting. The top tier of Kenzie and Andy’s cake was lemon cake with raspberry crème filling and a classic buttercream icing while the bottom tier of the cake was red velvet with cream cheese filling and classic buttercream icing. Guests were able to munch on desserts from our Sweet Treat Tray consisting of an assortment of Fresh Fruit Tarts, Vanilla Bean Chocolate Eclairs, Dark Chocolate Ganache Brownies, Lemon Curd Tarts and Oreo Cheesecake Squares. After eating their fill, friends and family hit the dance floor to let loose the remainder of the evening.